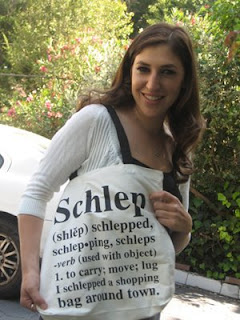 Greetings Trekkies! Did you know that actor Leonard Nimoy, who starred as Star Trek's Mr. Spock, modeled the the famous "Live Long and Prosper" hand salute after the the sign of the Kohen? Watch this interview where he explains the Jewish origins of this Vulcan salute: 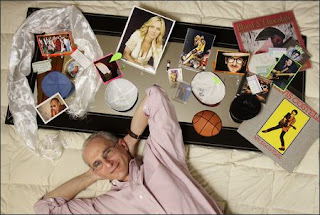 It was Mae West who said "Too much of a good thing can be wonderful," and in the case of yarmulkes, for one man at least, this couldn't be more accurate.

Jonathan Challet, a Seattle kippah connoisseur, is known for his collection of unusual yarmulkes. We know what you're thinking, too many kippahs can be overwhelming -- you get them at bar mitzvahs, weddings, and a dozen other happy events in the Jewish calendar. But Challet has managed to make his kippah collection one that isn't meant to be stored away. No, he doesn't wear them, he keeps them in his car, on the off chance he might run into someone famous, and boy has he: the eclectic collection of signatures on the head coverings includes Barack Obama, Elvis Costello, Uma Thurman, Ray Allen and Annie Leibowitz.

As a result, 32 of his kippahs are now on display in Seattle at the University of Washington's Odegaard Undergraduate Library from through April 30. It's definitely a case of religion meeting culture meeting politics meeting art colliding with chutzpah!

I'm guessing Challet is probably going to start a trend. We have our Obamicas in hand just in case we happen to run into the man himself, but if that doesn't pan out there's always the Poker Yarmulke, which we might be able to get Jennifer Tilly (actress AND poker champ!) to sign, or maybe once the Obama girls settle on a dog, we can get the presidential pooch to put down a paw on the Dog Yarmulke and Tallis?

We were up far past our bedtimes last night, but it was definitely worth it -- what with the amazing dancing rabbis and fundraising efforts of the 28th annual Chabad Telethon live in Los Angeles which raised $8.1 million  in a six-hour span!

The Chabad Telethon was hosted by actor/comedian Elon Gold, who was joined by actress Leslie Grossman and piano prodigy Ethan Bortnick. Actor Jon Voight -- who has been part of the fundraiser for years -- led a colorful array of celebrity personalities, including  Martin Landau, James Cromwell, Tom Arnold, and Kellie Martin, not to mention pre-taped messages from Larry King, Howie Mandel, Regis Philbin, and Kelly Ripa. The show was peppered with musical numbers, from classic tunes to modern versions of classic Jewish melodies.

One of the most memorable bits of the evening was when L.A. Lakers point guard Jordan Farmar was given 90 seconds to shoot as many baskets as he could, with each shot amounting to $1,800 toward the telethon total. If we're not mistaken, it was nearly 30 baskets! We were also incredibly moved by a video segment about the efforts of Chabad in Running Springs, California, to feed, house, and offer comfort to firefighters during the blazing fires of late last year.

It's always exciting to see watch the telethon and see how many funds are raised for Chabad's substance abuse treatment centers, education and outreach, and other activities for benefitting people of all faiths and persuasions. But when it comes down to it, we know that the amazing dancing rabbis are really what really brings in the big bucks!

Be sure to check out the telethon's website, ToLife.com, for clips, information about donating, and more details about the Chabad Telethon.

The red string bracelet is not enough it seems, as more and more celebrities are bypassing the Kabbalah trend and opting for an all out conversion to Judaism.

Rumor has it that Lindsay Lohan, who was raised Catholic is thinking of converting to Judaism because of gal pal DJ Samantha Ronson. A source told Life & Style Magazine that “Sam’s family is Jewish. Lindsay has learned a lot about Judaism from Sam and admires its beliefs.”

Lindsay's Dad, who is a born-again-Christian told E! "She's exploring right now. She's explored the Church of Scientology, she tried Kabbalah, and now this. I think it's just another phase. But either way, she's involving God in her life, and I'm happy about that."

Donald Trump's daughter Ivanka is said to have promised Nice Jewish boyfriend Jared Kushner (who owns the New York Observer) that she would convert to Judaism if their relationship became more serious. The couple reportedly broke up earlier this year because Kushner's Orthodox family was upset that he was dating a "shiksa."

The wedding of Sasha Baron Cohen (of Borat fame!) and fiance Isla Fisher has reportedly been postponed, as Fisher's conversion process was put to a halt while she filmed the movie "Confessions of a Shopaholic."

We just hope that these celebrities realize, converting to Judaism is no easy task. It can sometimes be a very long process that involves tremendous amounts of dedication and study.

Our advice? If you're a celebrity whose looking for a quickie conversion with little or no commitment, check out the Convert to Judaism Breath Spray for a conversion that's as easy as a spritz!