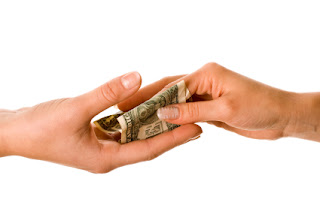 My old blog post about not giving money to the Atlanta Jewish Federation (in 2011) and its criticisms, made a much bigger wave than expected. Way too often when mentioning the blog post people nod their heads in recognition. That's why I'm publicly announcing my choice to give in 2012.

I'm hopeful. Atlanta has a new Federation President, Michael P. Horowitz, from Detroit. No one seems to know much about him and his affinities. However, my dollars are a hopeful vote for progress.

Join me in donating (or increasing your donation) and speak up for progress: continued movement toward an open, transparent, authentic, inclusive, efficient, highly-functional and unified Jewish community in Atlanta, GA.

Looking forward to a growth-filled 5772,