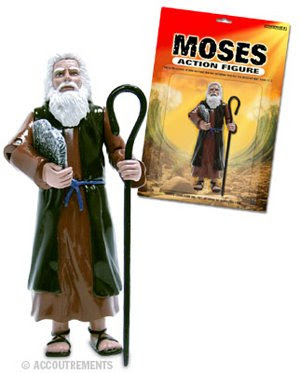 You thought the festivities ended with the Passover seder? Naw! Observant Jews anticipate the anniversary of G-d giving Moses the Torah by Counting the Omer and then celebrate Shavuot.

Passover, which celebrates the Exodus from Egypt, is just the beginning! Observant Jews count the 49 days between the Exodus and receiving of the Torah and call this The Counting of the Omer. This counting is sort of like counting down the days until your birthday or seconds until the new year (but Jews always count UP -- in anticipation of greater-ness).

The counting ends on the Jewish date, 6th of Sivan, and then Jews celebrate Shavuot, the Oath, which this year begins sundown, Tuesday, May 18th 2010. It is written in the Torah that on this day the Jewish people received the Ten Commandments from G-d at Mount Sinai and made an oath of loyalty to One G-d. A BFD, if there ever was one.

Customs include (from Wikipedia article on Shavuot):


On the 50th day after Passover the Jewish people celebrate Shavuot, a two-day festival that commemorates the revelation of the Torah to Moses on Mount Sinai. Shavuot falls on 6 and 7 of Sivan. Some Jews celebrate it only on 6 Sivan.

49 days later, that is, on the 50th day, they stopped at Mount Sinai. These 49 days are still counted by the Jewish people in “the Counting of the Omer”. Moses went up the mountain and there was given the Torah. Jews (as well as Christians) accept that G-d himself communicated it directly and literally.

Another belief is that G-d said them to Moses simultaneously, in which case the question whether they were 613 or 10 becomes irrelevant. The idea is that all 613 commandments are included in the Ten Commandments.

Once the people heard (or rather, saw) the revelation, they all took an oath of eternal loyalty to G-d. That is why Shavuot is also called the “Day of the Great Oath” (“shavuah” means “oath”).

Shavuot may go back even further than Moses. The book of Jubilees (6:15-22 and 44:1-5) describes it as a feast for the appearance of the first rainbow on the day G-d made the covenant with Noah. After Noah it was forgotten, to be restored by Abraham (Jub. 15:1), to again be forgotten again until Moses restored it, again.