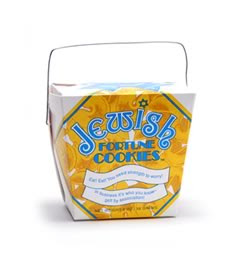 Sure you can go to the movies and eat Chinese food, but we've come up with some more creative ideas for you. Here's our list of the top things to do around the country on Christmas Eve and Christmas Day:

The Jewish Museum, New York City
It's one of the few places in New York that is actually opened on Christmas, and word has it they will be offering up some free nosh (Godiva hot chocolate!) with entry. They'll be having special museum events throughout the day.

Heebonism in NY, LA, DENVER, CHICAGO, AND PORTLAND
The mother of all Jewish magazines puts on their annual Christmas Eve bash, including music, live performances, and Manishevitz cocktails. It's the party your Hebrew school teacher always warned you about!

Knishmas in Chicago
The KFAR Jewish Arts Center in Chicago is throwing a Knishmas bash with the jams of Even Sh’siyah, who infuse the southern rock grooves ala Allman Brothers with Jewish flavor and RavShmuel, a Rosh Yeshiva by day and beer-drinking, Phish-following singer/songwriter by night. Several local singer/songwriters will also perform original Jewy tunes, including Alan Sufrin, Miriam Brosseau, Moshe Averick, Evan Jacover, Rachel Kohl Feingold and Adam Davis.

Jewltide in Brooklyn, New York
Now in its 5th year, JDub Record's Jewltide kicks off the night with FREE Chinese food (eggrolls & wantons) and a screening of "Wet Hot American Summer". Afterwards, prepare yourself for a dance party of epic proportions, featuring DJ's Rheka, Anaan and Cosmo Baker of the Rub. Drink specials throughout the night and the first 100 people through the door get a FREE copy of Michael Showalter's Sandwiches & Cats.

Latkepalooza in Seattle
Latkepalooza is the annual party sponsored by the Young Leadership Division of the Jewish Federation of Greater Seattle, held on December 24th, from 9pm-2am. This year's Latkepalooza includes music, dancing, karaoke, and a comedy line-up with comedians Brad Brake, Toby Holzman, Simon Kaufman and Ron Reid.

Latke Ball in San Francisco
This December 23rd party thrown by the Young Adults Division of the JCF has a latin flavor. Join over a thousand young Jewish adults in the Bay Area for music and an extensive silent auction until 2:00 a.m. This year they're kicking off the night with a cocktail hour featuring live Brazilian jazz trio, Boca do Rio, playing downtempo, and chill bossa grooves. Then DJ Solomon takes over for the rest of the night with an all-out dance party.

Okay, if you still insist on eating Chinese food and going to the movies, then
head over to The JCC in Manhattan,where they'll be serving up glatt-kosher Chinese food from Gan Asia and showing two of Rob Reiner's funniest films - The Princess Bride and When Harry Met Sally!.