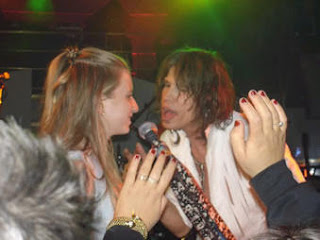 When we heard last year that someone had hired Aerosmith and 50 Cent to perform at his daughter's $10 million dollar Bat Mitzvah, we thought it sounded a little Meshuggah. It turns out that the Bat Mitzvah girl's father is also a huge gonnif who was just charged with looting his own company to bankroll the party. David Brooks, who owned a bullet proof vest compnay was charged with tax evasion, securities fraud, and insider trading. (newsflash! When you steal it isn't considered a mitzvah!) Oy, we'll file this one under "bad for the Jews."